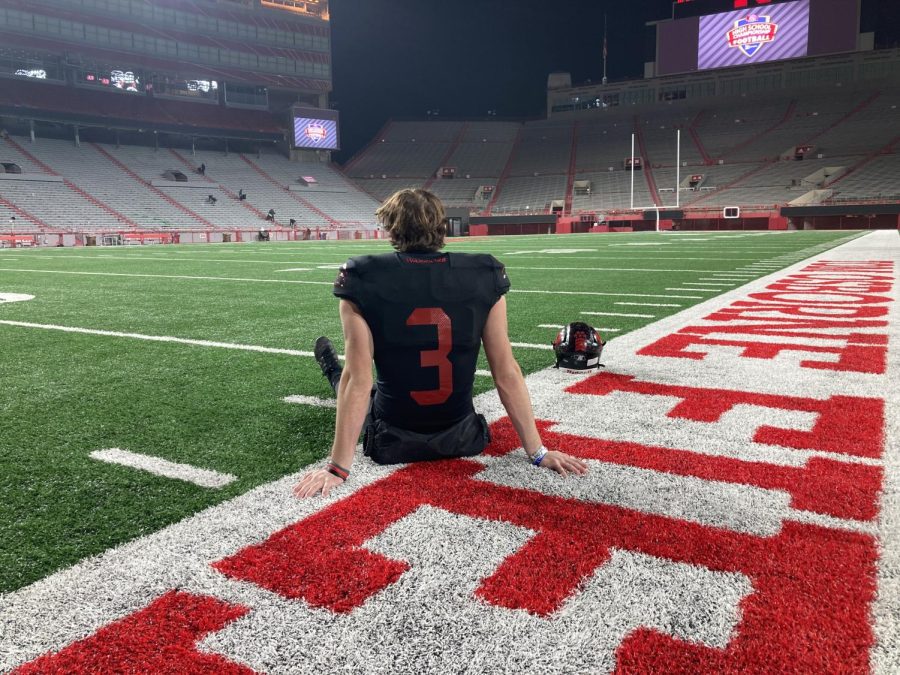 Kicker Tristan Alvano reflects on the field after the state championship. Alvano kicked a last second field goal to seal the win.

The Westside football team has won the state title after a dramatic 43-41 finish against the Gretna Dragons. Westside’s Tristan Alvano kicked a 45-yard field goal as time expired to give the school their fifth state football title.

This state championship game was more than just a game, it was history. With the Dragons title being stripped away last year due to an ineligible player, both teams wanted the win. The Warriors started the game off strong, scoring more points in the first quarter than last year’s state championship total. Quarterback Anthony Rezac passed for 337 yards and rushed for 83 yards to lead the Warrior offense, Rezac expressed what the win meant to him.

“It means everything, this is worth all the hours in the off season, morning workouts in the summer, us working hard, and it paid off,” Rezac said.

One big player for the Warriors was junior Caleb Benning, who came back from a cracked collarbone injury that was sustained earlier in the season. The All-State defensive back showed many talents during his comeback game,  with two interceptions in the opening quarter.  Benning wasn’t even sure he was going to be able to compete for the state title. Overall Benning thanked his teammates for the opportunity to play for the championship.

“This means everything and with this team they held it down till I got back,” Benning said. “It was up in the air if I was coming back but I got cleared and made the most of it. I love this team with all my heart.”

This game relied on its every play as Gretna and Westside battled back and forth until the very end. Gretna leading Westside 41-40 in the final minutes, Westside was going to have to battle back to secure this win. It came down to the wire with senior kicker Tristan Alvano. He was already good on all his kicks tonight, but the final seconds is what mattered most.

“As a kid you dream about game winning seniors and to have one in the state championship, in this game nothing beats that,” Alvano said.

Alvano’s 45-yard winning kick set a state playoff record with five field goals in a single game. The All-State kicker had three field goals from more than 40 yards, including a 50-yarder.

The game marked the end of a special season for Westside head coach Paul Limongi. He took the Warriors to a state championship in his first year on the sidelines at Westside.

“It feels great, it was a fun year, but it was a long year,” Limongi said. “I feel very fortunate to be in this position and be this team’s head coach. I just love being here. I am so proud of the guys.”

The Warriors ended their 2022 season in the best possible outcome and finished with a 12-1 record. Westside will be back next year to defend their state title.

“This feeling is indescribable,” Benning said. ”All we went through day in and day out and to be able to stand here as a state champion feels great.” 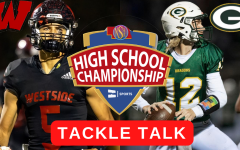