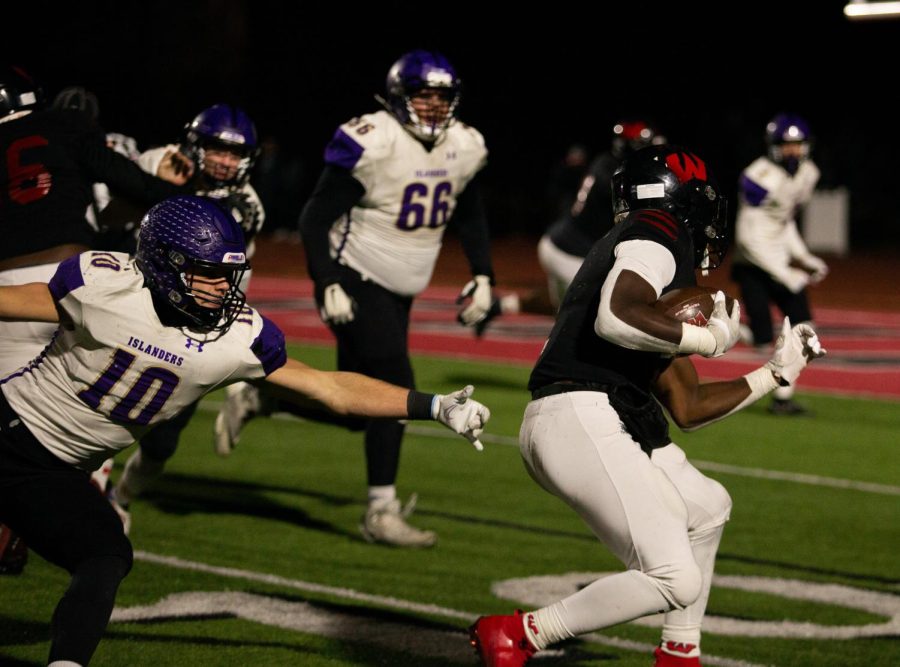 The Westside football team is heading to their fourth consecutive state championship game. The Warriors cruised to a 38-7 win against Grand Island in the semi-finals on Friday, Nov.11. The victory was a testament to their dominance throughout the entirety of the state.

Despite this being his first season at Westside, Limongi is no stranger to the bright lights. Having a state championship under his belt with Omaha Burke from 2018 and a runner-up honors in 2011 with the Bulldogs, Limongi is one game away from adding to his resume.

“That was our best game of the year,” Limongi said. “I’m just happy we get to keep playing.”

The Warriors get to keep playing and they’ve been doing very well. Junior quarterback Anthony Rezac has led his team to a 11-1 record, combining for 2,742 total yards and 33 touchdowns. The dual-threat quarterback has rightfully earned high praise throughout the season.

“He’s the best quarterback in the state,” Limongi said. “There’s nobody I’d rather have running the offense.”

Anthony’s twin brother Teddy had himself a game on both sides of the ball, catching seven passes for 63 yards and a touchdown, along with a forced fumble and recovery on defense.

“It was a great team win,” Rezac said. “It means a lot, but in the end all that matters is that we go get a big win at Memorial [stadium].”

Westside will get a championship rematch against Gretna, the team that defeated the Warriors by a score of 7-3 last season. The title was later vacated by the NSAA due to the use of an ineligible player. The top seeded Warriors and the second seeded Dragons will head to Memorial Stadium on Monday, Nov. 21 and face off at 7:15 p.m. The games will be televised by Nebraska Public Media.