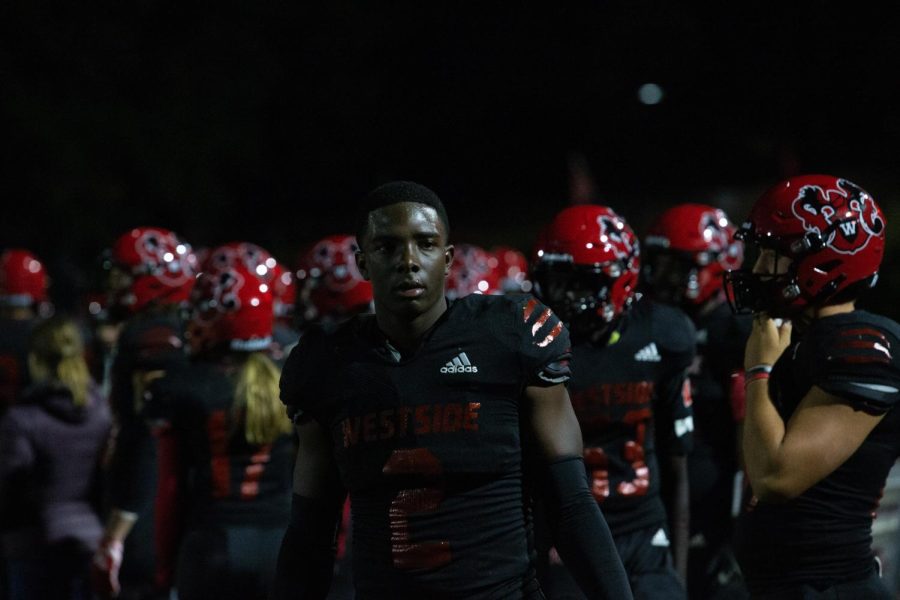 After an unexpected loss to North Platte the week before, The warriors bounced back, winning a wild homecoming game last Friday against Kearney. While Westside practiced on a shortened week due to the game being on a Thursday, their preparation and mindset remains the same.

“We talk about not loafing, or taking plays off,” junior defensive back/linebacker Teddy Rezac said. “If we can continue to improve at those aspects of the game, it can elevate our team to the next level.”

Despite having to move the game to a new location midway through the third quarter, Westside picked up right where they left off and finished strong walking away with a win. Unprecedented events like those could knock some teams off focus, but not the warriors.

“What happened last Friday was crazy, and something none of us have experienced,” Rezac said. “Still, as soon as the clock hit zero we were already onto our next opponent.”

With the next opponent being Millard South, Westside looks at this game like they would any other. Although they have had one less day to practice, junior quarterback Anthony Rezac believes it’s all they need to clean up possible mistakes.

“Especially with all of us practicing on a short week it’s important that we all dial in,” Anthony Rezac said. “Playing smart is something we need to build upon, that including less penalties and less mental or physical errors.”

No matter the record, the warriors know that any team is capable of beating anyone if given the opportunity. That’s the players’ mindsets heading into the matchup against Millard South, who have three losses.

“I think the keys to the game from our perspective are being relentless and doing your job every play,” Teddy Rezac said. “If we play tough, we’ll be in pretty good shape.

Westside looks to keep their foot on the gas pedal as they attempt to improve to 7-1 tonight.