Due to restroom electrical fire, football game forced to move at halftime 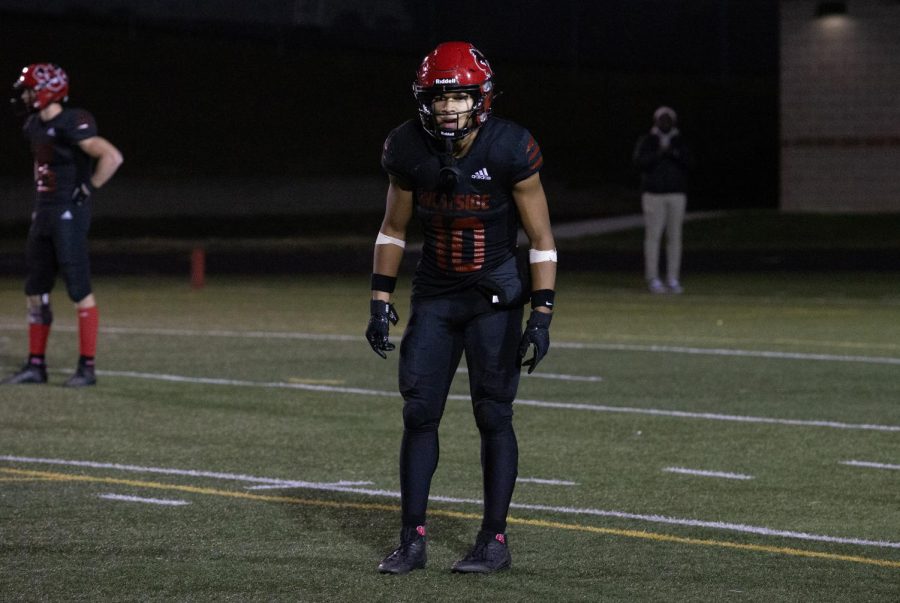 “The transformer was overheating, and there was a concern that if completely overheated it would have blown which could have sparked a fire in the mens bathroom,” athletic director Tom Kerkman said.

Once reported, a meeting was held between the coaches and athletic directors and OPD officers that were in attendance that evening. A decision was then made minutes later between Kerkman and Papillion LaVista South’s athletic director, Jeremy Vanarckeren, to host the game at Papillon’s stadium.

After the call with Kerkman, Vanarckeren had to make a decision.

“When the call came in, it was an easy decision,” Vanarckeren said. “The stadium was available and we knew that if we were in a similar situation, Westside would have done the same for us. We have a great relationship with the Westside administration.”

With the help from an assistant principal and athletic director and five Papillion La-Vista South football players they were able to get the stadium up and running for the second half of the game.

“Our assistant athletic director Bubba Penas and assistant principal Brent Gehring were amazing,” Vanarckeren said. “I called both of them and within minutes, we all were getting things ready.  We also had five awesome football players show up to help.”

As soon as the approval was sent, the grounds crew and student athletes did not waste any time setting up.

“We rolled out the playclocks, had to run extension cords, set out the down markers, set up the pylons in the endzone, unlocked both home and visitor gates, turned on the lights, scoreboard, and made sure everything worked,” said Vanarckeren. “Our goal was to have it all ready before the fans and teams arrived.  We got it done in about 20 minutes.”

After the game Trent Steele the student services director for Papillion LaVista South helped get the Kearney team ready for the ride home.

“After the game, our student services director, Trent Steele, was a huge help.  He stayed until the end of the game to allow Kearney inside the school to shower and clean up before the road trip home,” Arcken said.

Looking back into what had happened on that night and the confusion that taken place, assistant AD Brad Metzler noted that Westside needed to replace the transformer in the Champions Plaza.

“The fire department investigated the situation and determined that the transformer needed to be shut down,” Metzler said. “We had an electrical company come in Saturday morning and began working on replacing the transformer.”

A few days after the incident, Metzler said Westside will be able to host the game on Thursday night against Millard South.

“The plan is to host Millard South on Thursday night,” Metzler said. “As a school district, we cannot thank the people at Papillion South enough.”

On Thursday, Oct. 13 the Warriors will be taking on the Millard South Patriots at Phelps. The game will also be streamed online.