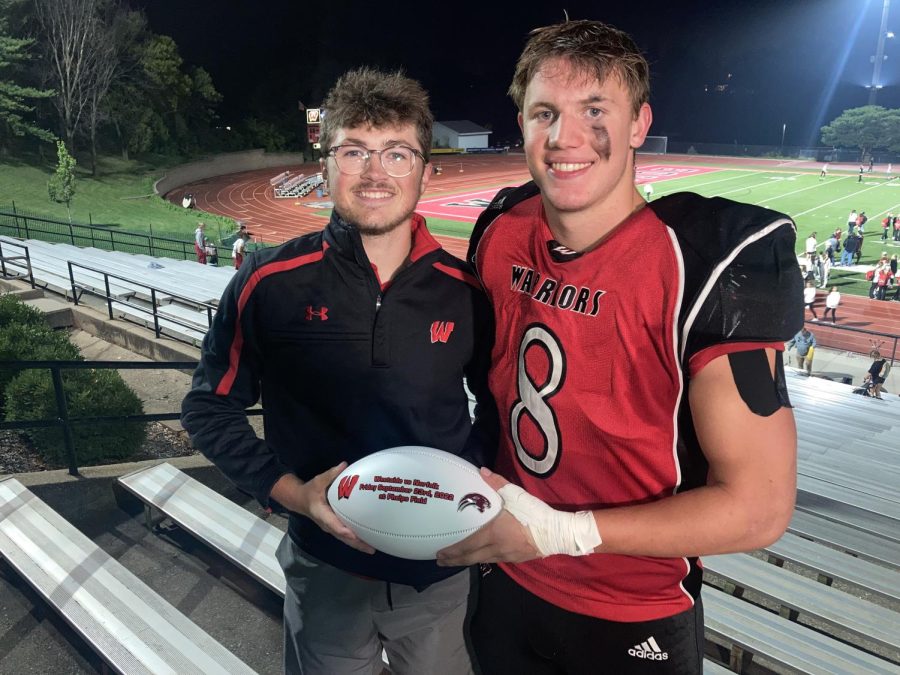 Westside became a popular destination spot for players around the state looking for an opportunity to win a state championship after finishing as state runner-up last year.

This offseason Westside hired former Burke head coach Paul Limongi to take over for Brett Froendt, who retired after 13 years on the sidelines.  Limongi, who coached the Burke Bulldogs for 16 years, already had a state championship under his belt in 2018. He has certainly carried that coaching prowess over to his new destination, leading Westside to a 5-1 record this season.. The new head coach comes with a new culture, something that both transfers and returning players got the chance to learn for the first time together.

Three key players for the Warriors this season came over alongside Limongi from Burke. Sophomore outside linebacker Christian Jones, sophomore lineman Cam Bell, and senior lineman Payton McDonald transferred to Westside.  Each player has had a huge impact on the team’s success so far this season, whether that’s on the field or off of it. Team chemistry is always important, but with the trio already having played under coach Limongi, they knew they had a responsibility to help teach that culture to the returning Westside players.

Jones has found a great deal of success on the field, nationally ranked as a four-star recruit with several Power Five offers. The sky’s the limit for the young linebacker.

“A big factor for why I came to Westside was being with coach Limongi,” Jones said. “I felt it was important to teach the boys that if you give it your all, you’ll have coach’s [Limongi’s] respect.”

One of the Warriors’ biggest additions to the team was senior wide receiver/cornerback Jaylen Lloyd, a two-time national champion in the long jump. After transferring from Omaha Central, Lloyd’s game-changing speed adjusted nicely to the change in scenery, as he is leading the team with 73.4 yards a game and three touchdown receptions.  Also making the move to Westside from Omaha Central was senior cornerback Jeremiah Truitt, who was one of the heroes in the season opening win against Creighton Prep.

“I chose to come to Westside because I felt I fit the offense really well,” Lloyd said. “I also think I can get good work in this coming track season.”

Keynan Cotton, a sophomore transfer from Papillion La-Vista has shown flashes of his massive potential for the Warriors this season. A wide receiver/safety, Cotton is also a dangerous punt returner who is capable of taking any kick back for six.

“My decision on coming here was that I felt like there were better coaches, better players, and an overall better environment,” Cotton said. “I believed I had a better chance of getting my name out to college coaches.”

To be a young player transferring to a new school with a new team culture, there’s a lot of obstacles that might make the move tough. However, Cotton felt like he fit in right away.

“It was pretty easy adapting to the new culture and the brotherhood that we have,” Cotton said. “Right when I came in, everyone treated me like I’ve been friends with them since middle school.”

It didn’t take long at all for the transfers to form bonds with their new teammates, something that has been a crucial part of Westside’s early success this season. Since everyone has bought into coach Limongi’s culture, unity came easy for this team.

The Warriors suffered their first loss of the season, with a 21-17 defeat on the road at North Platte on Friday, Sept. 30. Westside will try to bounce back when they host No. 7 Kearney in the Homecoming game on Friday, Oct. 7 at Phelps Field.