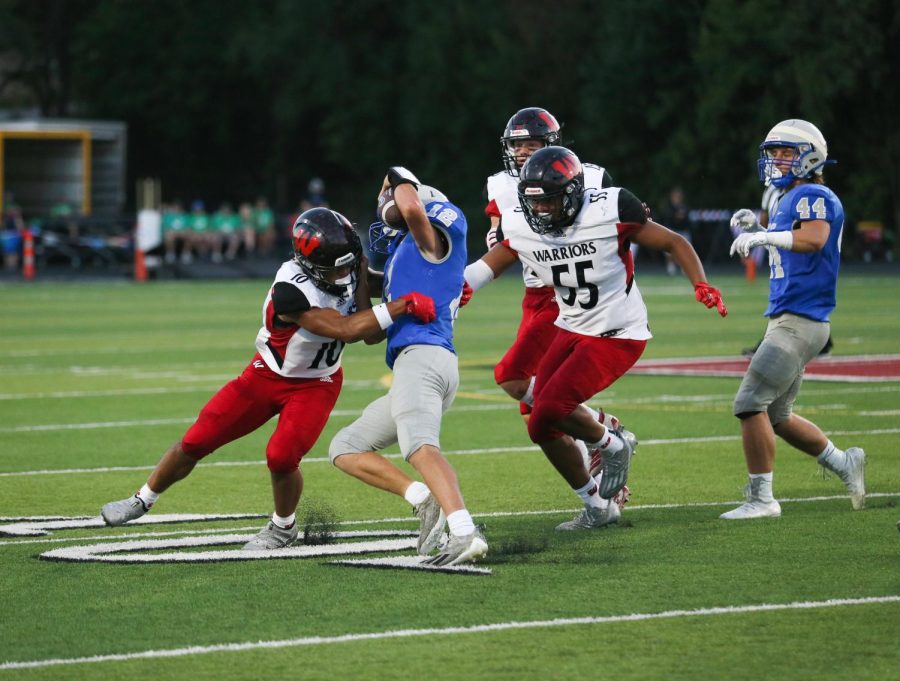 Westside looks to improve to 5-0 and continue their hot streak taking on Norfolk in the district divisional opener tonight.

Norfolk has found some success this season, starting off with a 3-1 record heading into tonight’s game. Their bright spots revolve around their quarterback, senior Kaden Ternus, who is the third ranked passer in the state with 861 yards and seven touchdowns. Containing him and this Norfolk offense is something the Warriors have been preparing for.

“We want to work and contain the offense with some new schemes and fronts that our coaches have put in,” junior linebacker Beau Ryan said. “The key is to be playing hard and fast every down.”

Norfolk’s Jacob Licking is ranked number one in the state in field goals made, while also leading the team in receiving. In addition to that, Licking stays on the field to aid on the defensive end as well. No matter how unique the situations may be, Westside remains locked in.

“We have been treating this game all week as how we normally do,” Ryan said. “It’s just another business trip and focusing on us as a team getting better.”

After fighting back from a deficit last week, Westside has faced plenty of adversity on their way to a flawless record. With this being an important district opener for the Warriors, head coach Paul Limongi knows his team is ready.

“We approach all our games the same,” Limongi said. “Our next game is always our most important game.”

Westside will host Norfolk tonight, as they hope to continue their win streak and remain undefeated.