This is a no-brainer pick, as Lawrence is arguably the best quarterback prospect since Andrew Luck in 2012 and some consider him even better.

The Jets taking a quarterback is almost official after the Jets traded away Sam Darnold.  After skyrocketing up draft boards due to a phenomenal junior season, Wilson and new head coach Robert Salah will look to change the course of the Jets franchise.

There is no way the 49ers would trade up not to take a quarterback. I don’t buy the Mac Jones rumors, and after the run Justin Fields had in the college football playoffs it would be foolish of the 49ers not to take him.

The Falcons could go in a number of directions, but I have the Falcons taking the tight end out of Florida. Pitts is a freak athlete who put up huge numbers last season and has also seen his draft stock rise over the past few months.

Joe Burrow needs protection. After suffering a season-ending ACL injury, it should be the main focus of the Bengals to protect the future of their franchise.

Chase is another player who opted out last season, but put up historic numbers in his last playing season at LSU. He’ll give Tua Tagovailoa a much needed dynamic wide receiver.

After losing Kenny Golladay and Marvin Jones, the Lions need a wide receiver in this draft class. Heisman winner Devonta Smith will give them a true number one wide receiver. While some people still question his size, Smith has proved everyone wrong so far and will continue to in the NFL.

After trading for Sam Darnold the Panthers should add some extra protection to the offensive line, and Slater would be a great pick. Even after opting out in the 2020 season, Slater is too good for the Panthers to pass on.

The Drew Lock experiment hopefully is over. Trey Lance went undefeated as a starter in college and showed great potential in his two seasons as a starter at North Dakota State. Trey Lance is exactly what the Broncos need at quarterback to get back on track.

The Cowboys need defense help, and Surtain will give them a true CB1. Although the Cowboys may go edge or linebacker here, I feel their biggest need is corner.

Even after opting out the 2020 season the Giants pick up the athletic utility linebacker in Parsons. Parsons will fit in great next to Blake Martinez, and help add to the rebuilding Giants defense.

The Eagles trade down but still pick up one of the top wide receivers in the draft. Waddle is a dynamic playmaker with elite speed, and they look to give Hurts more weapons.

After a phenomenal rookie season for Justin Herbert, the Chargers look to revamp their offensive line. Although not a flashy pick and a bit of a reach this high, Darrisaw is exactly what the Chargers need.

Kwity Paye is considered by many the best all-around edge in this draft. The Vikings need all the help they can get on the defensive line after struggling with pass rush last season.

After leading the Crimson Tide to a national championship, the Patriots look towards the future and take Mac Jones. Mac Jones is considered the most accurate quarterback in the draft and should fit in nicely with Belichik.

The Cardinals need a cornerback after losing Patrick Peterson in free agency. Jaycee Horn is considered one the best man-to-man cornerbacks in the draft, especially with Caleb Farleys’ draft stock dropping due to injury.

Although undersized, Koramoah has the ability to play sideline to sideline, power and speed. This is exactly what the Raiders need for a defense that has been a weak spot for them for years.

If it wasn’t for the medical issues, Phillips would be the top defensive lineman in this class. Still, the Dolphins and Brian Flores take a chance of him due to the raw talent and measurables he possesses.

Newsome excelled against top receivers in college and performed very well at his pro day. He will help step in for the Bears and take over for the hole left at the position due to the release of Kyle Fuller.

Bateman is one of the best route runners in the draft. This is exactly what new quarterback Carson Wentz needs to help be successful in his new home.

Many people are worried about Farley’s health due to his back surgeries, but Farley has the potential to be the best cornerback in the draft, and the Titans are in need of cornerbacks.

Rousseau put up a 16 sack season in 2019, and although he shows some problems in his technique, new head coach Robert Salah can do wonders on his development. Rousseau has all the athletic ability to be a star in the NFL.

The Steelers had the worst run attack last season, and Harris will give them a do it all running back that they desperately need.

Oweh has all the tools to be a great defensive edge, he just has to put it together. Oweh will give the Jaguars much-needed athleticism on the edge.

Barmore was a dominant force all last season for the Crimson Tide. He will be a great pairing on the inside for the Browns alongside Myles Garrett and Jadeveon Clowney.

Although they have a need in other places, Trevon Moehrig is arguably the best safety in the class. The Ravens defense will improve that much more, and the Ravens still have plenty of chances to get Lamar Jackson an offensive weapon.

The Saints are in need of an athletic wide receiver to pair with Michael Thomas. After a dominant pro day, Moore would be a great pick for the Saints in their first season without Drew Brees.

The Green Bay Packers need to make an effort to protect an aging Aaron Rodgers, especially after their not-so-great draft last season. Radunz will help give the reigning MVP a clean pocket to throw.

Samuel Jr. is the son of former NFL cornerback Asante Samuel. The Florida State product will look to follow the footsteps of his father. After losing to the Chiefs in the AFC championship the Bills need help on the defensive side of the ball if they want any hope to stop Patrick Mahomes.

After trading away offensive lineman Orlando Brown to the Chiefs, the Ravens get one right back with this pick. Little will give Lamar Jackson much-needed protection on the opposite side of Ronnie Stanley.

After a Superbowl win in Tom Brady’s first season, the Bucs will look to repeat. The Bucs retained all of their main free agents to surprise. Nixon will provide depth for the aging Ndamukoung Suh. 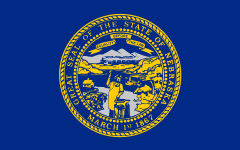 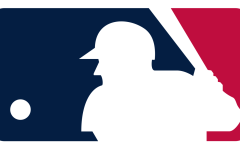 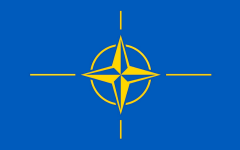 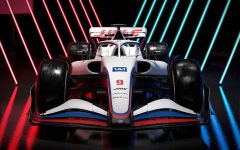 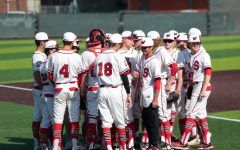 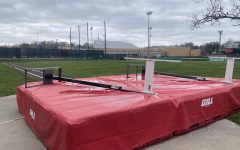 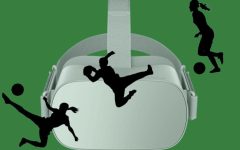 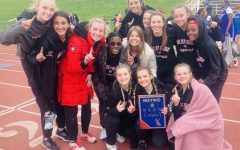 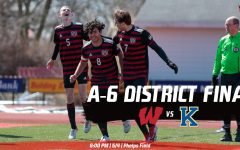