Running toward the record books

Senior Jaylen Lloyd brings his talent to both football, track 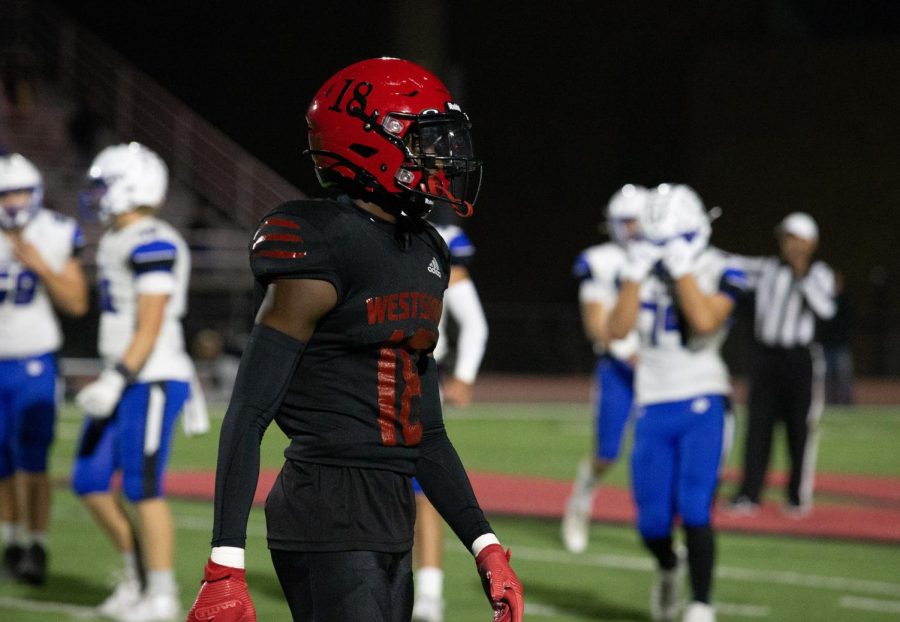 Being the fastest runner in Nebraska is something that many high school athletes strive for in the state. Wide receiver and triple gold medalist Jaylen Loyd of Westside holds the title as the fastest athlete in the state.

Lloyd spent three years at Omaha Central high school, before he transferred to Westside for his senior year. He was a decorated track athlete with the Eagles, after winning three gold medals in the sprints and field events. However Lloyd decided to make a change in high schools.

“It was not like a community over there, a lot of coaches did not get along with each other, I did not want to be around that,” Lloyd said. “I came to Westside because it is a big community here and everyone loves each other,”

“Sophomore year I won two out of four of my events and my goal now is to win all four,”

Lloyd already knew his new jumping coach Steve Gordon, when he decided to transfer to Westside.

“Westside is a big family, I knew Steve Gordon and I have been jumping with him since I was little,” Lloyd said.

Lloyd’s success on the track has helped him make an impact in his first football season at Westside. The wide receiver ranks fifth in Class A with 43 receptions for 753 yards and has scored five touchdowns. Lloyd gives much of the credit to his quarterback Anthony Rezac.

Westside head coach Paul Limongi knows Lloyd is a special player and has a bright future.

“Jaylen has helped the team with his work ethic and has big play capabilities,” Limongi said.

Lloyd has attracted a lot of national attention because of his football and track career. Last summer at the Nike Outdoor Nationals in Oregon, Lloyd became the only high school jumper to reach 25 feet in the long jump and 50 feet in the triple jump. Lloyd took first place in the long jump and finished second in the triple jump. Lloyd has made several recruiting trips to colleges around the country for both football and track.

Whether Lloyd’s future is on the track or on the gridiron, Limongi thinks he will make an immediate impact in college.

“I believe Jaylen can be successful anywhere he chooses to be,” Limongi said.