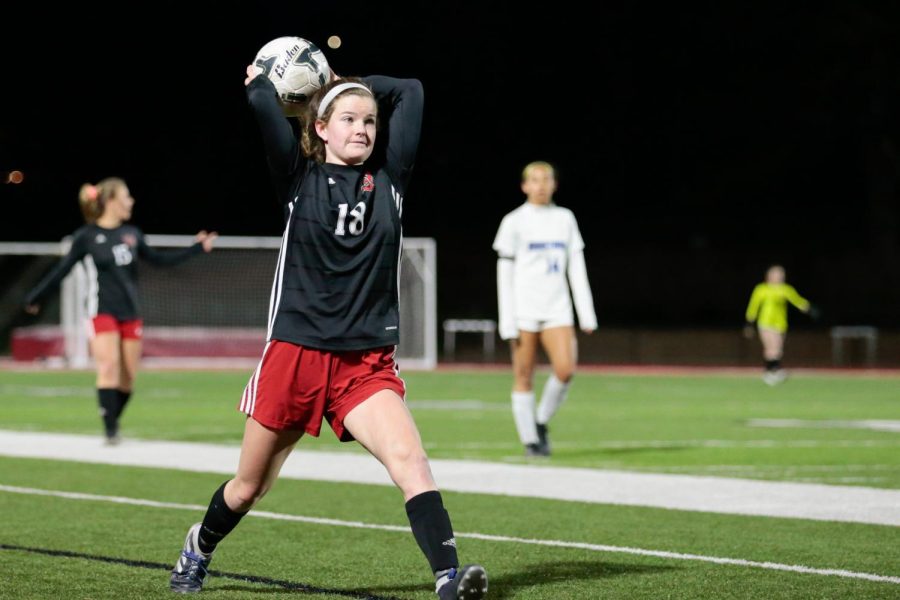 The Westside girls soccer team is coming off of a semi-final run at the Metro Conference Tournament. Following strong showings against Omaha Central (3-0) and Elkhorn South (2-0) before falling short to the number one seed and future tournament champions, Gretna in the semifinals.

The team’s showing was an improvement from last years’ overtime loss in the quarterfinals to Millard North, but ultimately they fell short of their ultimate goal. Junior Charlotte Murphy, who scored two goals for the Warriors in the tournament, had elaborated on how the team had performed.

“I thought our results at metros were great. We knew that we could beat Elkhorn South if we went in with the right mentality and we did,” Murphy said. “Our result against Gretna wasn’t good, partially due to losing two of our center backs during the first half.”

Head Coach, Chris Dunford, had also noticed a couple of things that were crucial in the teams overall performance on the pitch.

“We’ve been in decent form,” Dunford said. “5-2 in our last seven games. We know that if we can start games well and score first, we can beat anybody.”

A large part of the teams’ recent success had part to do with the youth and their balance with the upperclassmen leadership on the team. This leads to a dynamic that for the team can help build on team chemistry. Murphy spoke about how this helps the team.

“The whole team really clicks on a friendship level and that correlates onto the field,” Murphy said. “The freshman and sophomores on the team are overall very strong and good leaders even though they’re younger. We have a variety of grades in all aspects of the team and it helps us win.”

Coach Dunford also spoke about the team dynamic that has led to their recent success.

“Our freshman and sophomores have provided energy and a youthful work ethic to the group,” Dunford said. “This carries through the team and combined with the upperclassmen’s experience, has led to solid play. They’ve also enjoyed time with each other away from the field and that’s creating a positive team spirit.”

The Westside girls soccer team will return on Friday, April 15th to face Papillion-La Vista South at Foundation Field nearing the back half of their regular season.