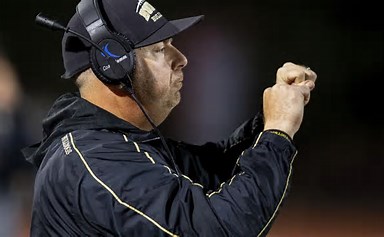 On February 28, 2022, Omaha Westside High School announced the hiring of Paul Limongi as the new head coach of the Westside football team. Formerly Omaha Burke’s head football coach, Limongi led the Bulldogs for 16 years, and won a Class A State title in 2018. Limongi will be taking over following former head coach Brett Froendt’s announcement of his retirement in January.

“Paul brings a great deal of experience to WHS,” said Westside Athletic Director Tom Kerkman. “Not only has he been successful on the football field, his teams are visible in the community.  We look forward to him continuing to lead the WHS football team on and off the field.”

During Limongi’s time at Burke, he finished with a 106-55 record, leading the Bulldogs to the state playoffs 13 times and also leading it to its second-ever state title game in 2011. Limongi also coached multiple college recruits led by Husker standouts Chris Hickman and Nick Henrich, plus Notre Dame linebacker Xavier Watts.

“I am very excited for the opportunity to be the new Head Football Coach at Westside High School,” said Limongi. “The academic and athletic traditions in the district are excellent and I am excited to be a part of it. I look forward to being a part of this special community.”

Limongi will take over a Westside program that returns a good amount of production from the runner-up team last season. This includes quarterback, Anthony Rezac, running back Jahmez Ross, safety Caleb Benning, and kicker Tristan Alvano all, of which have been taking D1 unofficial visits this offseason. Coach Limongi is eager to meet his future players and implement his culture in the program.

“I’m so excited to meet the kids,” Limongi said, “I’m excited to establish a good relationship with them and each day we’re going to grow and get better.”

The Warriors will start their 2022 campaign at Omaha Burke High School to take on Creighton Prep on Aug. 26.