Westside Girls Basketball Looks to Get Back on Track Nearing Districts 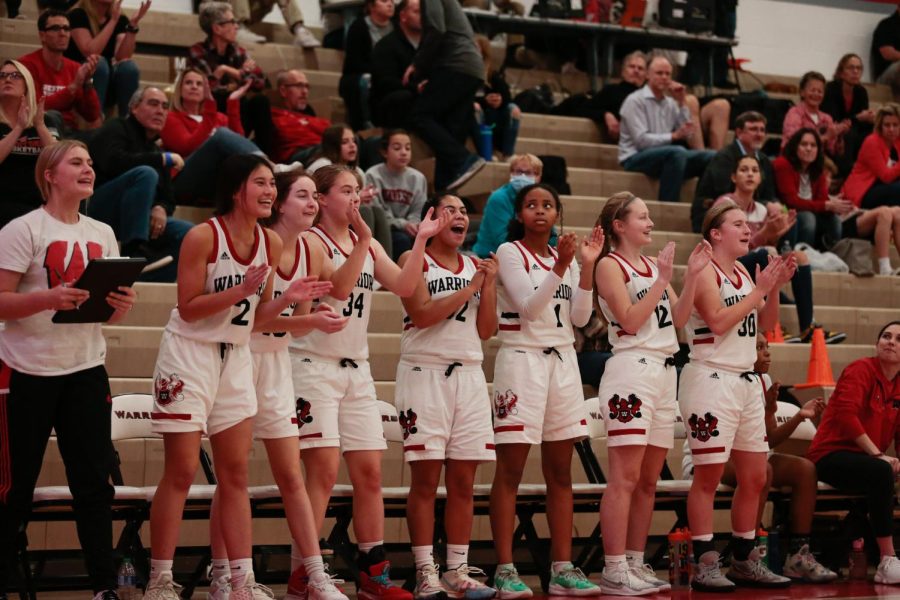 The Westside varsity girls basketball team has experienced a hefty mix of highs and lows this season, currently sitting at 12-9 pending their Thursday, Feb. 17 matchup against Gretna. Following a six game winning streak throughout January, the Warriors  have gone on a five-game losing streak. Two of those losses coming from top 10 teams, and still two high-end teams in front of them, Westside has an uphill climb ahead of them. Head coach Steve Clark recognizes what needs to be done to end the season strong.

“Our schedule is much tougher at this point,” Clark said. “It’s a cliche, but we truly just have to take it one game at a time.”

Senior Madilyn Siebler, a strong leadership presence for the Warriors, knows the importance of communication and how being on the same page with one another can impact a team.

“As a team, I think we need to keep developing our chemistry on the court,” Siebler said. “I think once we get some energy flowing during the games, we’re a hard team to beat.”

Westside will take on the first-ranked Millard South Patriots at home on Saturday, Feb. 19. With a flawless 22-0 record, the Patriots have locked up the No. 1 overall spot in the NSAA Class A Wildcard Standings. Following two losses to the Patriots last season, Clark feels culture will come back into play for the Warriors.

“To prepare for these tough games, we have to live our roles and live our values,” Clark said. “When frustration, negativity, and doubt creep in, the need for positivity and togetherness becomes even greater.”

Following Westside’s senior night matchup against Millard South, playoff basketball will be on the menu. At districts, the Warriors are currently projected to be a three-seed in the A-3 District Tournament and would start on the road. However, if the Warriors pull off the upset against the Dragons and Patriots on back to back nights plus the Dragons lose to 18-2 Lincoln High on Saturday, Feb. 19, the Warriors would clinch a two-seed and home-court advantage to start off districts. For Clark, whoever their opponents may be, it’ll come down to executing.

“We want to get this next week and go after our district, whoever that may be,” Clark said. “Everyone starts districts 0-0 and to get to state we need to win two games. That’s what our goal is.”