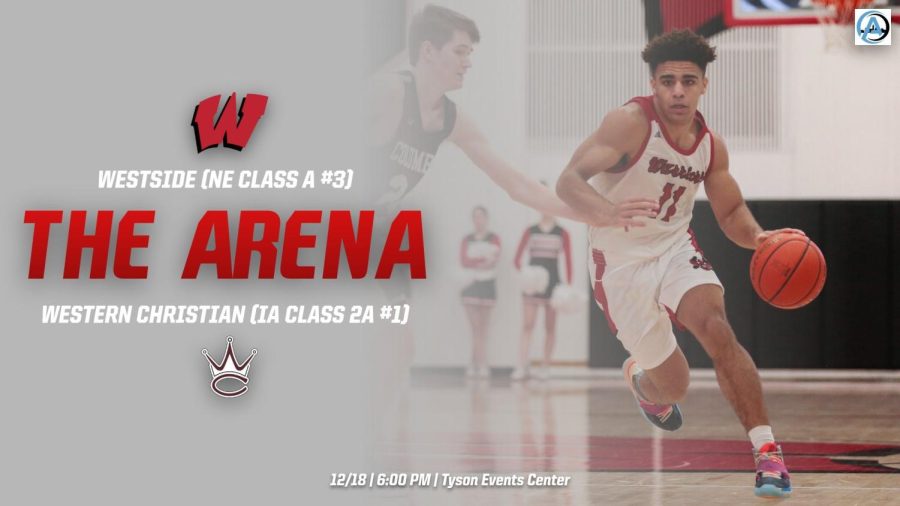 The Warriors boys basketball team making an appearance up against the defending Iowa 2A State Champions. Watch live for it all

Pack your bags, the Westside boys basketball team is headed to Sioux City to participate in the 2021 The Arena Invitational held at the Tyson Events Center. The Nebraska Class A third-ranked Warriors will take on the defending Iowa 2A State Champion and first-ranked Western Christian Wolfpack in the penultimate matchup in the event.

Watch live as Jaden Taylor, Max Coughlin, and the entire WTV Live crew give you the best of Westside athletics.

Don’t forget the Dunkin Trivia Question of the game after the first half. First-person to tweet #dunkintrivia with the correct answer will receive a $10 gift card to Dunkin Donuts.

Also, check out this matchup on Warrior Television – Youtube