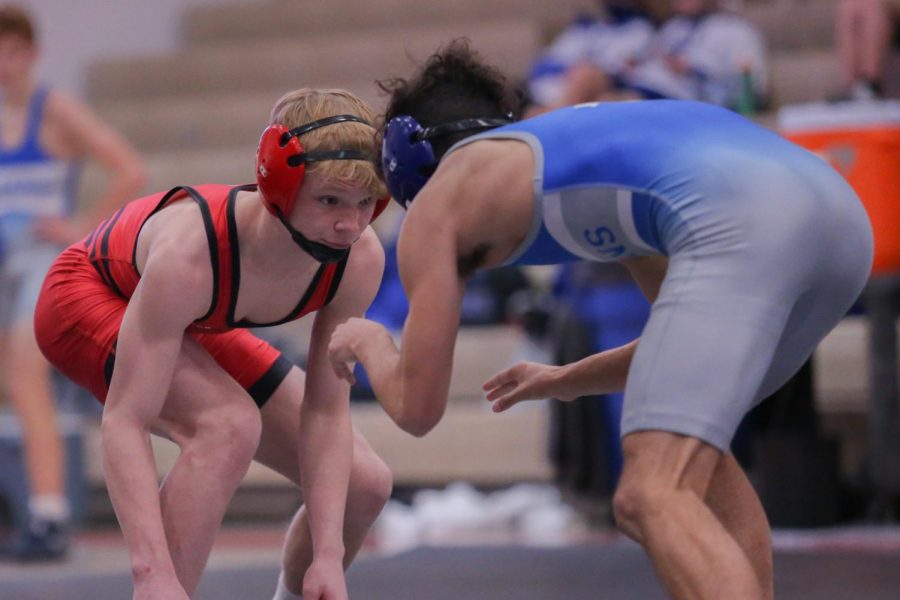 Westside wrestling is back an action as they get ready to go up against Gross Cathlolic high school in a dual on Saturday, Dec. 4. The team is ready for the season as head coach Michael Jernigan expressed how the team has worked during the off season in order to prepare for the season ahead.

“We’ve had numerous athletes wrestle in the off season, Logan Edwards, Michael Myers, and Cannon Mcarthy we have numerous guys returning from last year’s varsity roster,” Jernigan said.  a“Lots of guys took the initiative and did tons of off season training, they went to national tournaments and placed in those, which is absolutely outstanding,”

Cole Haberman is back and returning for the upcoming season after many milestones in 2020-21 such as reaching his 100th pin last season as well as making an appearance in the state tournament where he placed second overall in the 185 weight class. Coach Jernigan expects opponents to face a huge challenge against Haberman on the mat.

“What am I expecting out of Cole Haberman, lots of headaches, and frustration,” Jernigan said. “[He] is awesome. He has continued working as a team leader for our program since he and his brother have come here from Blair. Expecting big things he wants to be state champion him being in the state finals last year is absolutely huge. We expect nothing but great things from Cole.”

Haberman has high expectations for the team this year. There were only two seniors on varsity last season, so the team has a lot of returning production. Haberman after completing a 12-1 season as a defensive end on the Warrior football team, relied a lot on his other teammates to take a bigger role as part of the offseason.

“I’ve only been in the wrestling room for two days,” Haberman said, “But the team has looked very good and it helps a lot when you have a great captain like Logan Edwards to keep focus. Everyone knows the goals and we are ready for our first meet.”

“It’s great to be in the westside wrestling program, I think we have a really great athletic program here and I’m proud to be a part of it,” Zatechka said “This year I want to at least make it to state, if not place at state. I also wanted to get a good record for my first year. It’s really exciting to be a part of history for the first sanctioned girls team here.”

Head coach Bob Mulligan was chosen to lead the Westside Girls Wrestling team. Mulligan thinks that with girls wrestling becoming sanctioned, they will see a huge increase in numbers. With five competitors on the team now, Mulligan expects to be in the double-digits as soon as next season.

“With girls wrestling becoming sanctioned, the sky’s the limit,” Mulligan said, “We have five girls on the team this year, and next year I predict 10 plus.”

As they look for an increase of girls as the program continues, sophomore Regan Rosseter expresses her pride as the program is growing since last year she was the only female wrestler for Westside.

“I think it’s pretty cool that other girls want to try the sport,” Rosseter said. “I think most of them are going to achieve a lot during the season.”

Both boys and girls wrestling have high expectations for the rest of the year. Continue watching the wrestling team go as the season continues.