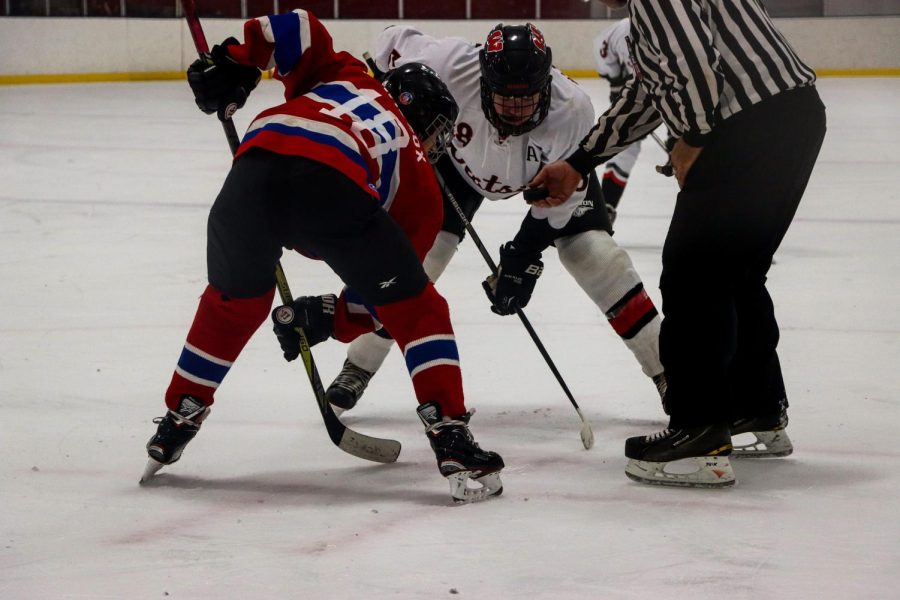 Westside senior Ty Madison (58) sets up for a face-off against Millard South in Westside hockey’s matchup on November 15, 2020 - Photo by Zev Gordman

The 2021-22 Westside club hockey team has great reason for optimism ahead of their season. Talented from top to bottom, the squad has an effective mix of veteran leadership combined with some newcomers that look to improve the overall dynamic of the roster. After a 14-5-3 and fifth-place campaign in 2020-21, the Warriors have an opportunity to make some noise.

“We have several returning seniors and juniors,” head coach Tom Shaffer said. “It’s a very experienced group of guys that should compete in every game they’re in this year.”

A special part of this year’s hockey team is their defense. Although they’ve had several great defensive groups recently, this season the Warriors will look to use that strength as a focal point, led by senior team captain Ty Madison.

“Ty is definitely one of the leaders of our team,” Shaffer said. “He sets the tone not only on the ice but in the locker room as well. Ty really takes pride in his defense, which is a big reason why I believe we have the best group of defensemen in the metro.”

Entering his final season as a Warrior, Madison has high hopes for this year.

“Obviously winning state is a huge goal for the team,” Madison said. “I also think that creating a bond with my teammates along the way is extremely important and can dictate the level of success that we reach.”

Ahead of this season, Westside knew preparation was something that would be essential in order to win.

“We’ve been going hard every day in practice,” Madison said. “The coaches have been doing a great job of putting together a plan prior to games to give us the best shot at winning.”

The Warriors look to add onto the winning column this Sunday, November 21 against Millard South.