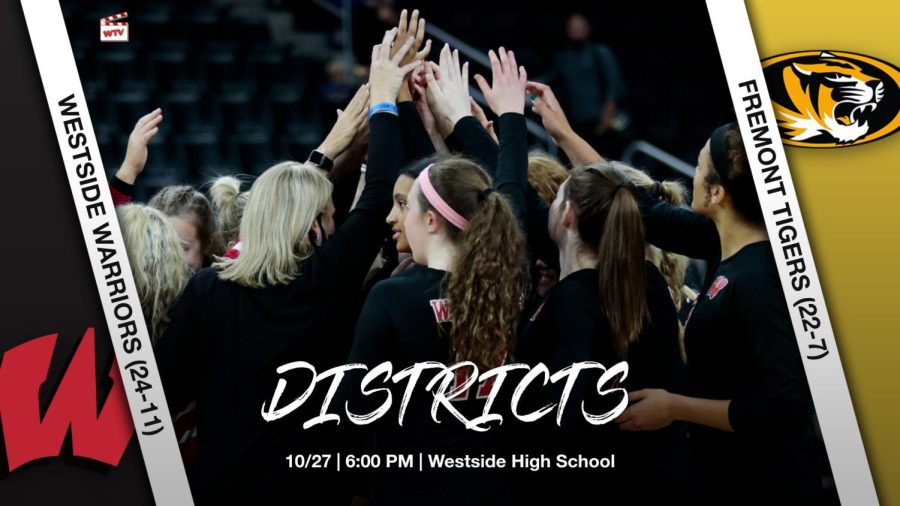 The battle for the A-7 District Title and a spot in the 2021 Class A Volleyball Tournament is down to two top ten teams. Two teams with state tournament aspirations will look to end their long droughts from a shot at the title. The Warriors of Westside look to continue their recent success and momentum and punch their ticket for the first time since 2002 while the Tigers of Fremont are the closest they’ve been in 15 years to ending their 37 year state tournament drought dating to 1983.

Watch live as Jaden Taylor and Tallie Pease break this one down on the network for everything Westside. KB Pregame Show will begin at 5:30 p.m. followed by Gametime at 6:00 p.m.

Don’t forget the Dunkin Trivia Question of the Game after the second set. First-person to tweet #dunkintrivia with the correct answer will receive a $10 gift card to Dunkin Donuts.

Also, check out this matchup on Warrior Television – YouTube