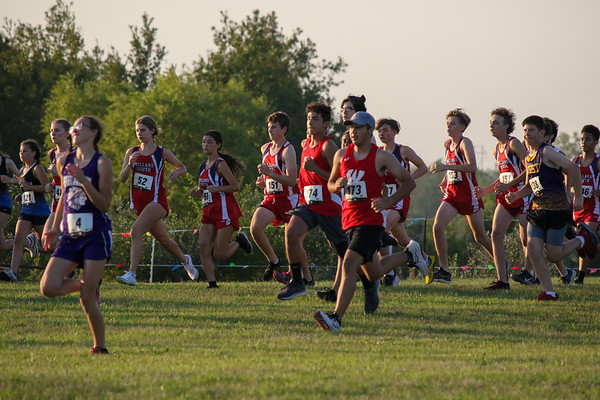 The Westside cross country team competed at the A-1 district meet on Thursday Oct. 14. The girls team qualified for state, while junior Jack Gerard and sophomore Jayden Wall qualified individually in the boys competition.

The Westside girls team finished in third place behind Fremont and Gretna, having three runners in the top six. Sophomore Claire White placed second and felt good about her individual performance.

“I was super happy with my finish,” White said. “I finally finished under 19 minutes for the first time since last year, and I’m proud of my team because we qualified for state and that was our end goal.”

“Well they did great,” Gosnell said, “They all ran what they needed to run to qualify for state.”

The girls team is going into the state meet with high expectations and hopes of a strong finish.

“As a team, I think we have the talent to get top five,” White said, “But we can only get to that goal if we work together and focus”

The boys team showed exceptional performances from their top two qualifiers, after failing to have anyone qualify in last year’s state meet. Sophomore Jayden Wall had expressed his gratitude for the opportunity to compete at state.

“Me and Jack are feeling pretty good about qualifying,” Wall said. “As far as I’m aware it’s the first time in five years [that someone qualified], I plan on sealing my spot in the top 30 hopefully with Jack right behind me.”

The team plans on improving off of last year’s result, when they placed eighth as a team with only six runners.

The Warriors will compete in their final race of the year at the NSAA Class A State Cross Country meet at the Kearney Country Club on Friday, Oct. 22.