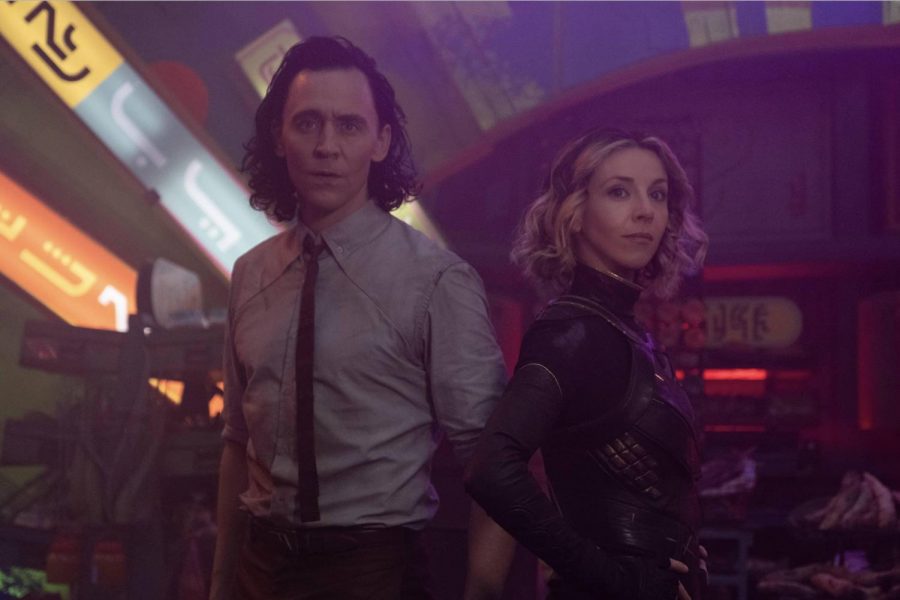 Following “Avengers: Endgame,” the Loki (Tom Hiddleston) that Iron Man, Captain America, Ant-Man, and the Hulk stumbled upon in 2012, escaped with the very item they were seeking: The Tesseract. After escaping, this Loki variant was found and apprehended by the TVA (Time Variance Authority) for causing a Nexus Event, a moment not meant to occur along the Sacred Timeline.

As soon as I finished the first episode of “Loki” back in June, I knew this show was going to be something special, and unlike anything Marvel has ever done before. I am surprised to say that this six-episode series alone is better than most films in the Marvel franchise. Like the preceding shows, “WandaVision” and “The Falcon and the Winter Soldier,” this show is all about character development.  Tom Hiddleston finds new ways to bring glorious purpose back to a seemingly dead character, both literally and metaphorically.

The Loki in this show is not the same Loki we have known for the past decade. This variant has only lived through the events, at least from what we have seen on-screen, of “Thor” and “The Avengers.” Luckily, in the first episode, he is quickly caught by being shown every moment in his life that was meant to occur until his timely death in “Avengers: Infinity War” at the hands of the Mad Titan, Thanos. As I said, the pilot episode alone hooks you into this series like a fish. Although the story doesn’t truly get juicy until later on. Will the outcome of “Loki” have major repercussions on the film side of the MCU? Unlike “WandaVision,” both “The Falcon and the Winter Soldier” and “Loki” have already established connections to the bigger universe. I’m glad these series were not created simply for those who enjoy MCU content and weekly discussions. Average audiences may have to invest more time when paying to see the films if they hope to  still understand what’s going on. Hopefully, this trend continues.

A big part of why Loki feels new and improved is Hiddleston’s two costars, Owen Wilson and Sophia Di Martino, playing Mobius M. Mobius and Sylvie, respectively. One of the show’s greatest strengths is its writing; the first three episodes are especially dialogue-driven. There are moments where it can feel overwritten, that’s when Natalie Holt’s incredible music score, one of the best in the entire MCU, comes and pulls me back in. Since Sylvie isn’t officially introduced until the tail end of episode two, the back-and-forth interactions with Loki and Mobius drive the show. During my first watch of episode three, the dialogue felt completely pointless, and it surely took away time from learning more about Sylvie. Instead, the episode could’ve been devoted to learning her origins, while still keeping the linear flow of the series. As time passed, episode three was unquestionably the weakest, but it does lay grounds for a bond between Loki and Sylvie, a bond that would be missed if you were to skip the episode for the story’s sake. That, and the cinematography capturing the planet of Lamentis-1 is beautiful. Speaking of story’s sake, the only information this episode gives you plot-wise is that TVA agents are variants themselves, as well as confirmation that Loki is bisexual and gender fluid, something that has been represented in the character from Norse mythology. But they introduce this detail in order to have some “representation,” only to backtrack and bring falling in love with yourself to a whole new level.

By showing up briefly in true physical form, Martino’s Sylvie makes a bad first impression, and initially made me feel like she was miscast as a Loki variant. However, the tide turns in her favor as the series progresses. To me, episode two dragged the “mystery” on a lot longer than it needed to. I knew that “the variant” was going to be a female version of Loki because I saw the set photos. Something I can’t understand is why film the more secretive aspects of any film or show outdoors, because someone can easily capture a photo and ruin a big surprise. It’s never entirely clarified whether Sylvie is Lady Loki or Enchantress because while she may have the backstory of a Loki, her appearance and abilities make me think that she is Enchantress.

Episode four instantly makes up for the semi-failure of episode three, and is then again nearly topped by episode five; it’s hard to believe that the latter half of this series is better than most of the movies in this very franchise. I rarely overreact, but I had to have gasped at least three times just in the forty-minute runtime of episode four. From the opening shot of the Time Keepers silhouette, to fake deaths of the show’s two main characters, to Jaimie Alexander showing up as Lady Sifters again after nearly a decade, to the incredible end credits scene, this episode gave us so much. I was not going to be tricked into another round of the “Mephisto theory” that happened during the run of “WandaVision,” so the thought of Kang showing up was never there. That is, until the Time Keepers were revealed to be non-existent, in “Wizard of Oz” style. Playing “guess who the character is” has happened in all of the released Marvel Disney+ shows so far, and every single reveal had all the details pointed at them and each seemed too good to be true, this reveal turned out to be the easiest in the end. “Agnes” was revealed to be Agatha Harkness in “WandaVision,” and this was supposed to be a big surprise. Sharon Carter was revealed to be the Power Broker in “The Falcon and the Winter Soldier,” and this was also supposed to be a big surprise. Finally, “He Who Remains,” seemingly the Immortus variant of Kang, was revealed to be the one behind the TVA in “Loki,” and it was quite the surprise to me.

Gugu Mbatha-Raw’s Ravonna Renslayer was the biggest hint that Kang was lurking. Ravonna is a character directly connected to Kang in the comics, his love interest to be precise, and I don’t believe this is the last we’ll be seeing of her. It’s unknown as of now whether Kang the Conqueror will be the next big bad in the MCU. If so, it’s odd that he’ll be the main antagonist of “Ant-Man and the Wasp: Quantumania.” Jonathan Majors being put on the level of Josh Brolin so early in his career is incredible for him, and I can’t wait to see the range he brings to the table when portraying multiple versions of the same character.

Episode five is certainly not as ineffective as episode three, but I would consider its existence as a home for Easter eggs. From Throg to the Thanoscopter, this episode has it all. Seeing all the different variants of Loki interact is something only to be dreamed of, but was brought to screen and opens the door for versions of every single character in the Marvel universe to show up at any moment. Thanks to Sylvie, the Multiverse was broken open and anyone from Hugh Jackman as Wolverine, to Howard the Duck from the 1986 film had the ability to appear. Kid Loki and Alligator Loki were neat, while President Loki and Boastful Loki were underwhelming. I have no hesitation in saying that Richard E. Grant’s is easily the best guest appearance in not only this show, but in any of the MCU shows thus far. In the single episode he has a role in, Classic Loki quickly became one of my favorite characters in this franchise. He is the only variant that felt like a Loki, and I would say that it rivals Hiddleston’s Loki.

Director Kate Herron and head writer Michael Waldron use their brilliance in worldbuilding to bring in the TVA, something more comic-booky than has been done in any of the previous twelve years in this franchise. My one complaint is the series’ lack of exceptional action. Fighting is not what the show is about, but when it’s there, it is weak. In addition to the confirmation of a second season (the only Disney+ MCU show to be renewed so far), “Loki” leaves the door wide open for upcoming projects. With the conclusions of three Disney+ shows and the release of a single film, Phase Four seems to be branching off into many separate storylines, unlike the way the interconnected Infinity Saga Phases One, Two and Three did.