The Warriors Can’t Get Past the Wildcats on Senior Night 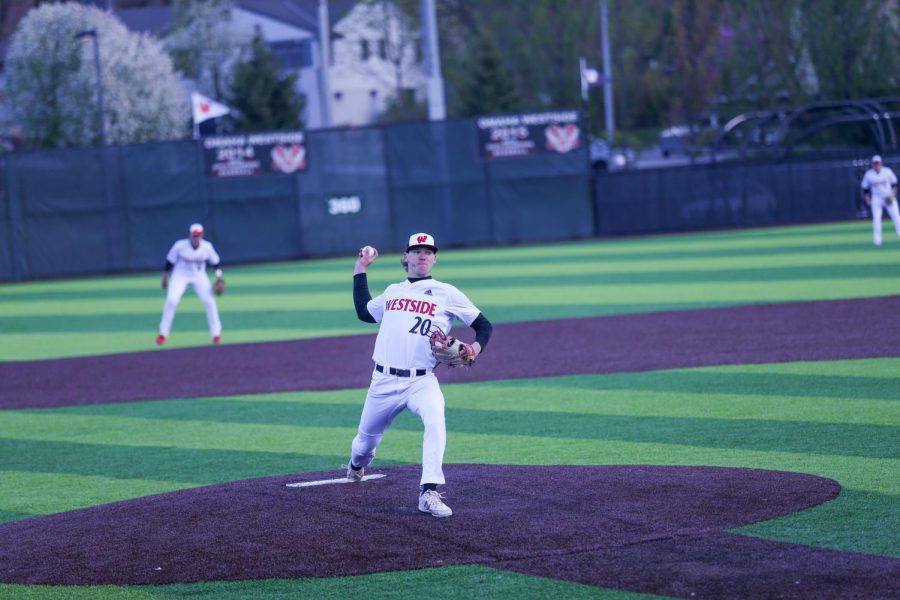 Westside’s varsity baseball team competed on Monday, April 26, against the second-ranked Millard West Wildcats looking for a big senior night upset. Unfortunately, the team could not reach the win as they lost 5-2. With the team making four errors, senior Barrett Mooney expressed that the team is going to have to make some improvements in order to make it to state this year.

“We’re going to need to make improvements in the field,” Mooney said. “We’ve hit our stride with the bats, but we need to clean up some errors in the field to bring everything together.”

Westside’s hitting has improved since the start of the season with putting up 25 runs in the past three games. During senior night, Aidan Jackson and Kutty Geroge both had RBIs which led to the only two runs for this game. Another positive the Warriors have had on their side is the pitching, as senior Kaydn Van Hill having four strikeouts on the night. Junior  Ty Madison also had two strikeouts against the Wildcats pitching in relief.  The pitching continues to grow into a strong suit for the Warriors as the strikeout rates rise.

“Our pitching has done a great job keeping us in games all year, and our offense has been putting up runs,” Mooney said. “Most importantly, we’ve improved mentally throughout the season, and we’re a team that will always fight to the end.”

Head coach Otis Seals expressed that his team is going to have to trust the process in order to succeed.

“We have not played well over the last few weeks, and yet we still have had chances to win almost every game with some of the best teams in the state,” Seals said. “We will just need to trust our process and play our best ball in the next few weeks.”

The Warriors still have a long road ahead of them with a tournament this weekend, and a game against Papillion La-Vista next week, as well. Keeping their head in the game is going to help assure their spot at state.

“We have some tough games still this week, starting with Millard West again on Thursday,” Seals said.  “We need to take each day one-by-one and finish the season strong.”