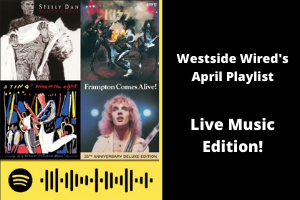 There is something magical about experiencing music live. Seeing your favorite band rock out in front of thousands of fans is a feeling that is second to none. But due to COVID-19 the world has been deprived of live music for over a year now. Heading into summer, it only felt right to commemorate prime concert season with a playlist featuring some of the greatest live music entertainers. The Grateful Dead have been pioneers in the live music scene, paving a way for jam bands since the mid ’60s. Between the drawn out guitar solos and the famous “wall of sound” music production system, The Grateful Dead revolutionized live music into what we know today. In the ’70s no other concert experience could match the energy from a KISS concert, a group who gained most of their popularity through their wild performances and stage antics. One of my favorite tracks on this list is Big Head Todd and The Monsters’ “Bittersweet.” This take was recorded on June 13, 2020, in the midst of the COVID-19 pandemic in front of an empty Red Rocks Amphitheatre. I love what Big Head Todd did with this live album, while it’s not quite the same as being in the venue experiencing the music with a crowd, it gets as close as possible under the circumstances. Hopefully, we’ll be able to start attending concerts in the near future, but until then live recordings will have to suffice. You can enjoy a collection of some of the greatest live performances on Westside Wired’s April Playlist.

You can listen to this playlist on your laptop by clicking on the playlist to the right, or you can scan the Spotify code and listen on your mobile device.