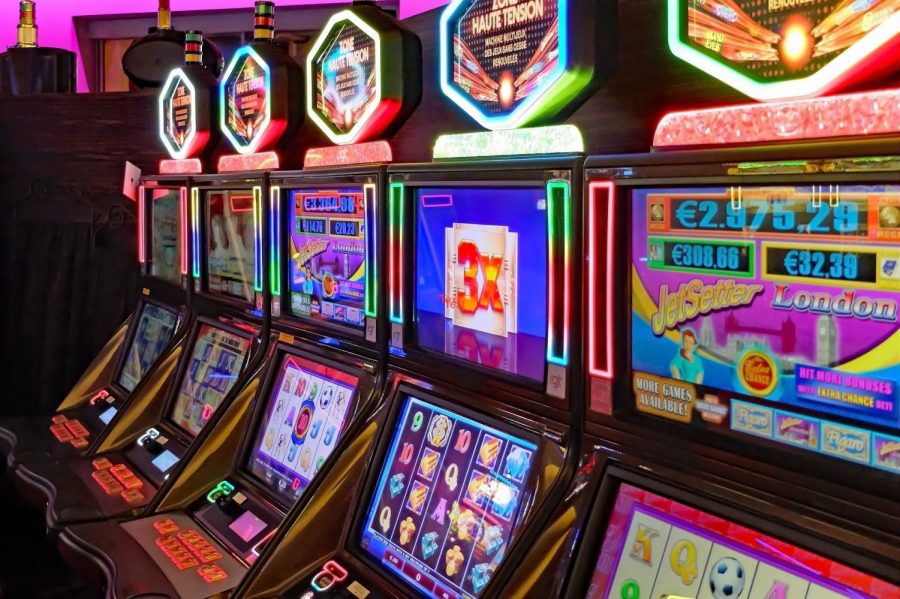 Loot boxes have often been compared to slot machines in the gaming community due to their addictive, randomized nature and their lack of easily obtainable rewards.

Ever since their conception, video games have been used to give the user a way to distract themselves from the boredom and stress of everyday life. However, as gaming became more mainstream, companies realized their potential for profit. Gradually, the goal of games became less to entertain the users and more so to make as much money as possible. Companies started adding microtransactions, a way to buy things inside of video games for real money, and thus the rabbit hole of corporate greed began. But, the worst was yet to come for the gaming industry. Soon they would introduce something that would change the way people play games forever: loot boxes.

A loot box is a reward you can get inside a video game which contains many different prizes based on chance. For example, you might get a really cool outfit for your character or you could get a useless voiceline that nobody will ever notice. It’s a system based entirely on the luck of the draw. At first, this may seem like a harmless feature many games would put in for fun, however, you’d quickly find (throughout the many ads that games tend to have) that you can buy these loot boxes with real money as a form of a microtransaction. At first, people tended to write this off as a menial reward system. However, as it began to draw attention people began to label it as a form of gambling. This makes sense, considering that the definition of gambling (according to the Merriam-Webster dictionary) is “the practice of risking money or other stakes in a game or bet.” By definition, loot boxes would be considered a form of gambling due to people risking their real money for a virtual reward, and, technically, it should be illegal in certain places. However, due to video games being relatively young and, comparatively, the law itself being hundreds of years old, our legal system obviously wasn’t built to handle online gambling. As a result, this means that taking legal action on these gaming companies has become very difficult because we never had the precautions put in place for online gambling hundreds of years ahead of time.

Still, many people argue that video games having loot boxes and selling them for real money isn’t major enough to warrant legal action. This is simply not the case. Since the release of “Overwatch” in 2017, a game that heavily features loot boxes, over one billion dollars in revenue has been generated from micro transactions alone. “Overwatch” isn’t the only game to do this; by 2022, loot boxes as a whole will have made an estimated $50 billion in revenue, which is small in comparison to the $30 billion that loot boxes made in 2018 alone.

Overall, loot boxes are a huge problem in the gaming industry; millions of dollars are wasted by people who can’t control their impulses, many of whom are children, and without the proper legal action, this dilemma will only worsen. We need to take action and make sure that companies stop exploiting the addictive nature of games and will return them to their formerly harmless and entertaining state.