The Warriors’ Extend Their Losing Streak 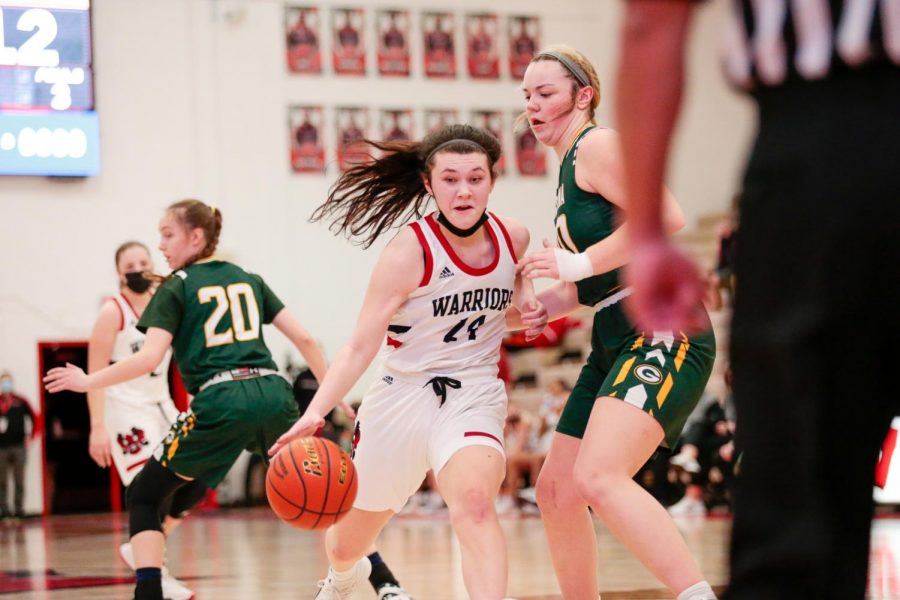 The Westside girls varsity basketball team took on the Gretna Dragons on senior night the 19th. In a very close game, junior guard Kaitlyn Hanna scored a clutch put back to force the game to overtime. The warriors again struggled to come out with a win as they lost in the extra period, 47- 40. Senior forward Ruby Secora talked about the emotions she played with in her last home game.

“ Emotionally you always want to win on your senior night because it could be your last time playing at home but I’m still excited that we get a couple more games in together. We had a good time and I’m still happy with the outcome,” Secora said.

The following night, the girls team played top ranked Millard South on Saturday the 20th and they lost this game big losing 81-54. The loss added onto a seven game losing streak. Head coach Steven Clark said the team has to try new things to get out of this slump.

The Warriors enter the district tournament as a three seed. They will have a chance at redemption, going up against the second seeded Gretna Dragons. Junior guard Kaitlyn Hanna says the team looks to learn more from their previous matchups against their opponents.

“We ultimately wanted to learn more about the teams as we were playing these last two games, we knew we were going to play them in Districts. We wanted a better understanding of how they play and what we will need to do to add some pressure and compete this week,” said Hanna.

The Warriors will be looking to jump start a big run to end their season with a win over Gretna, on Wednesday, February 23rd, at Gretna High School.