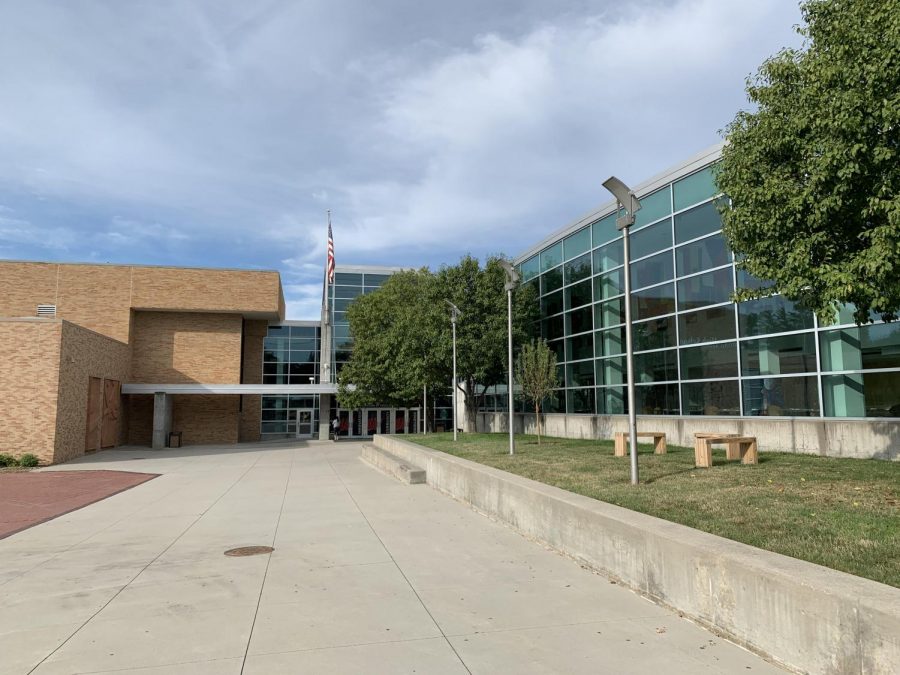 Westside Students who have chosen to participate in in-person learning will return to school on Thursday, Aug. 20.

After much preparation over the last few months, Westside Community Schools will officially be returning to in-person classes, with the option to opt into extended-learning, starting the week of Aug. 17 to Aug. 21. According to Westside High School Principal Jay Opperman, the first official day of classes will be on Thursday, Aug. 20, with orientation days being held earlier in the week.

“The 18th and 19th are orientation days for any in-coming freshman or any [other] student that is new to Westside Community Schools,” Opperman said. “As for extended-learning students who are new to the school, they will utilize learning management systems, such as Blackboard or Google Classroom, for their orientation.”

According to Opperman, one of the most important things for a student to bring on their first day of school is a charged laptop, as an emphasis of the first few days will be to prepare students if a switch to remote learning is needed.

“[For] our first cycle of classes, we’ve really talked with staff about building relationships and meeting students, as well as making sure that students can access the communication systems that will be used for their classes,” Opperman said. “The goal of the first meeting is to make sure that no matter what direction we go as we move forward, we’re prepared.”

As for extended-learning classes, Opperman said students should be frequently checking their email in order to stay up-to-date on information.

“[All] online students should be receiving an email from their teachers by the morning of Thursday, [Aug. 20], with information about their classes,” Opperman said. “We are asking teachers to have a synchronous contact with extended campus learners each week. [That could be anything from] a one-on-one meeting with a student, or an arranged discussion with other students in the class. We want all students to be involved with the class in some way.”

For students returning to school in-person, Opperman said they will enter the school through the main entrance, similar to how students entered previously, but at a slightly later time.

“While in Yellow [Status], we’ll enter the building in the same way that we did previously, [through the main entrance],” Opperman said. “One thing that is different is that the doors are being unlocked at 7:30. We’d like students to arrive after then.”

While some protocols within the building will be the same as previous years, Opperman said there are a lot of changes to how students will move throughout the building.

“We have [switched] to some one-way [hallways] throughout the building,” Opperman said.
“The biggest change is that you can’t turn into the landing coming from the second floor hallway like you used to be able to. The other main [change] is the 200s hallway is one-way towards the courtyard. The 100s classrooms are also a one-way roundabout, counterclockwise. There are arrows around the school that indicate all of this, and also we’re going to have staff in the hallways coaching [how to travel in the halls].”

In addition to movement throughout the hallways changing, there is also significant change to IMCs within the school. According to Opperman, assigned seats will not be required in IMCs like they currently are in classrooms, but each IMC will have a specific way to keep track of where students are seated.

“For the World Language and English IMC, there will be a chart where students will be able to sign in to where they are sitting,” Opperman said. “For the Math IMC, they have a QR Code and a form to verify that you were there. We really need to be able to track who was in what space if there is a positive COVID case and we need to narrow down who to contact trace to.”

In order to allow for less density in IMCs, Opperman said administration will be allowing all juniors and seniors with off-campus passes to leave during the school day, regardless of their number of service hours.

“We’re putting no stipulation of service hours on [leaving during the school day] like we used to, since we don’t know where that’s going to end up yet,” Opperman said. “We’re going to send out the off-campus sheet to both juniors and seniors [soon]. Seniors will be able to come to the Dean’s Office during our first cycle, Monday through Thursday, to get their passes taken care of and juniors will be able to start doing that on the next cycle. We’re using off-campus passes as a way to de-densify the IMCs when people have open mods.”

While there are many changes in protocol throughout the school, Opperman said one of the areas with the most amount of changes was the cafeteria.

“In the morning, we used to start serving breakfast at 7:15, which we’ll be changing to 7:30, the same time the doors unlock,” Opperman said. “For breakfast and lunch, there can only be up to 4 students seated at a table, and there are plexiglass dividers that [split] the tables into 4-piece pies to create a barrier. During lunch, we’re going to create a method of coming in past the tables, in order to give students a chance to drop off their bags at seats before they enter the food-serving area.”

According to Opperman, the administration will be making sure that all students are taking correct precautions for the on-going pandemic, and, in addition, the janitorial staff will be cleaning the building nightly.

“Our building services staff will be sanitizing the school at night,” Opperman said. “We aren’t having people come in during the day or anything like that. We will be hammering that all students in the school need to wear a mask, wash their hands and keep distance from others, [as well as] use hand sanitizer regularly to clean their hands.”

In addition to advocating general cleanliness, Opperman said the district is also taking precautions in order to deal with COVID-19 cases within the building.

“We’re going to have two health offices, one in the nurse’s office by the deans, which is for day-to-day routines such as managing student medications, and another, inside of Room 154, for if someone is exhibiting symptoms,” Opperman said. “We can’t have someone who is potentially sick in the first health office where we do our day-to-day business, so we’d have them go to the second health office to determine what their next steps are.”