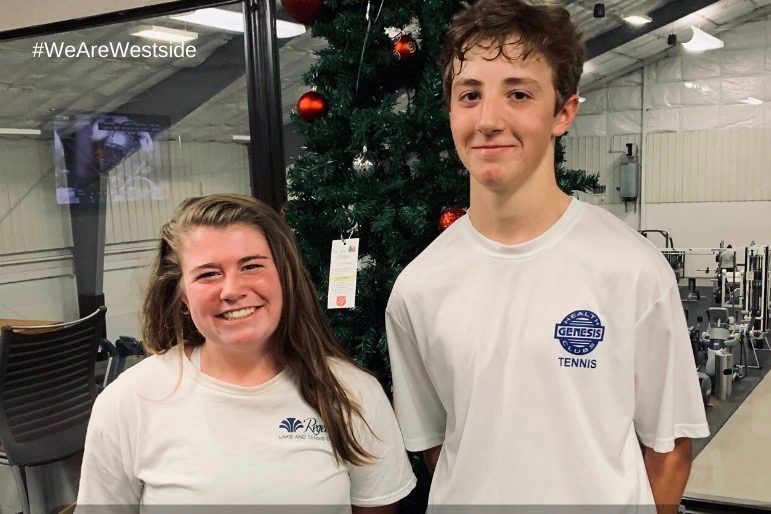 Sophomore Clark Rue and junior Anna Schmillen were recognized at the USTA banquet.

Westside varsity tennis players sophomore Clark Rue and junior Anna Schmillen were recognized at the 2019 USTA Hall of Fame Banquet in Fremont, Nebraska on Sunday, Nov. 3. Rue and Schmillen received their awards for outstanding attitudes on and off the tennis court. Boys and girls varsity tennis Coach, Jordane Warkentin, nominated the players for their amazing sportsmanship throughout the two years that she has coached both of them on varsity.

“[I nominated Clark and Anna because] both players consistently have good sportsmanship while on the court,” Warkentin said. “Tennis is a sport that requires a lot of mental toughness, and even when times get tough for Anna and Clark, they both represent Westside in a very respectful manner.”

Rue and Schmillen were the only candidates from Westside that were recognized.

“I was a little surprised [when I found out I would be recognized] because I didn’t even know [the] award existed,” Rue said. ”It’s nice to know that [Warkentin] thinks I’m the most sportsmanlike on the team.”

Schmillen said she credits both her coaches and parents for encouraging her throughout her tennis career.

“I would say the private coaches that I go to and my parents [have been most helpful in my tennis career],” Schmillen said.