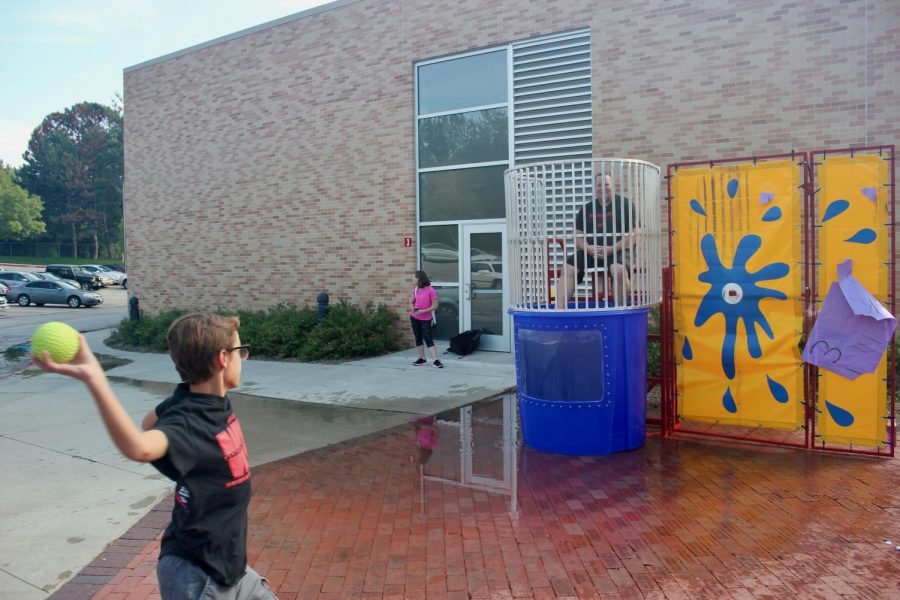 On Friday, August 30, the Westside community was invited to attend Student Council’s annual Fall Kick-off Carnival. Co-Sponsor of Student Council, Math Instructor Sara Kleinsasser, said that the carnival had a successful turnout and that it was a good way to start the year.

“I think adding in the additional jousting pedestal kind of really got people involved and kind of got people excited,” Kleinsasser said. “I think having a lot more teachers participate in the dunk tank […] was kind of the biggest hit [and] there were lots of people there dunking people so I think that it was a success.”

Students from different elementary schools in the district attended the carnival, such as sixth grader Lucas Agulla from Loveland Elementary. Agulla said that his favorite activity was the ring toss, sponsored by the French club.

“The ring toss [was my favorite activity],” Agulla said. “Because you get soda.”

Several Westside High School clubs apart from Student Council were involved in the event and hosted different activities. Student Council had the dunk tank, velcro wall and the jousting pedestal, while the French club had a ring toss and Red Shield provided the food as part of their tailgate. Freshman Michael Myers said that he enjoyed the jousting pedestal and wanted to try the dunk tank.

“I like to fight people in the [jousting pedestals],” Myers said. “I wanna try the [dunk tank].”

As Kleinsasser said, the carnival had a successful turnout which set the mood for the football game, where Westside defeated Bellevue East 35-0.