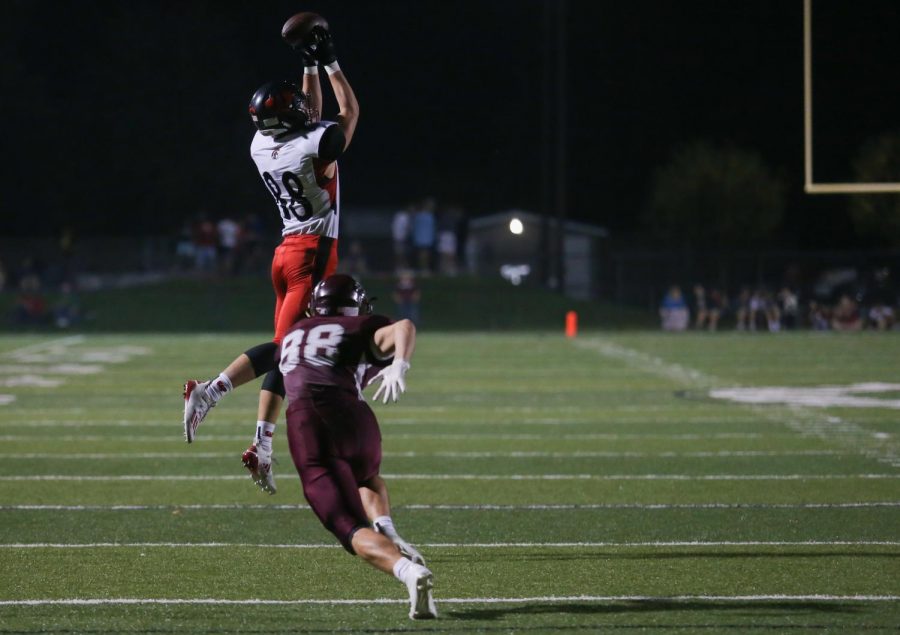 On Friday, Oct. 9, the Omaha Westside Warriors traveled to Norfolk to take on the Norfolk Panthers. Westside put up 52 points throughout the game and held Norfolk to only three points. Senior quarterback  Cole Payton had three passing touchdowns and gained a total of 185 yards. Avante Dickerson had three rushing touchdowns and one receiving for a total of 252 yards. One of those touchdowns by Dickerson was a recovered fumble, and he ran it into the endzone for his fifth touchdown of the night. The offense and defense clicked from the start of the game.

“I feel like we’ve adjusted well. We have the best offensive line coach in the state,  [Offensive Line] coach Williams and we start on Sundays with our assignments and we just work through it through the week and get live reps and do walk through and then, by the time game time comes, we’re fully prepared,” said senior offensive lineman Bo Lucas.

Westside, having lost a big part of their line last year, has adjusted to new circumstances for this season. Learning how to execute the plays throughout the week is a big help on Westside’s end as well as having good coaches and teammates to back them up. Head coach Brett Froendt agrees that both sides of the line have been crucial in their undefeated season.

“The line has been incredible. You can’t have a championship team without being good upfront,” said Froendt.

Even with the dominant 52-3 victory, Westside had a total of eight penalties. Froendt said he feels eliminating penalties will go a long way in a championship run.

“That’s not [how] a team at the 7th week at our caliber should be like,” he said.