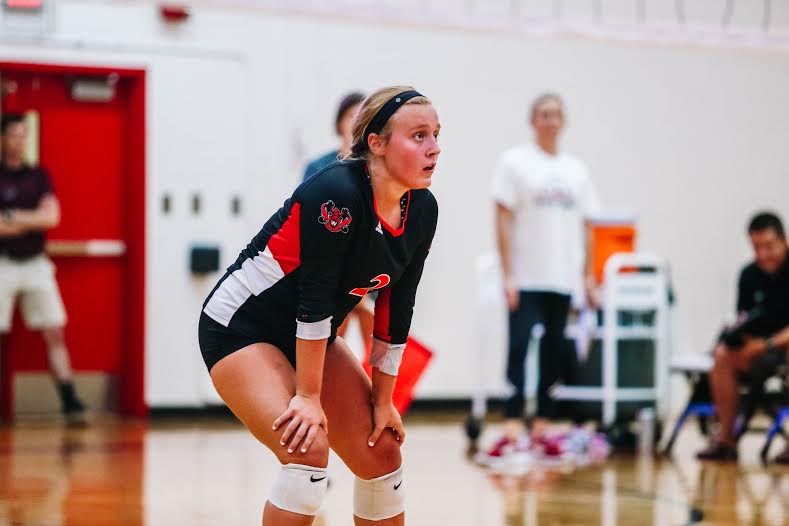 The Westside varsity volleyball played against Bellevue East at home Tuesday. The Warriors took the first set of the match with a score of 25-18. In the second set, Westside won 25-16. In the third and final set, Westside took the win with a tense match ending in 25-21. The Warriors taking their second regular season win was a victory, but Coach Korrine Bowers said she still feels her team has more potential on the court.

“We talked prior to going out there, [about how they] couldn’t let these guys get back into this set. They’re scrappy, they’re not gonna give up, they’re a good defensive team. We saw them play [last] weekend at the Bellevue West tournament,” Bowers said. “I didn’t feel like we had someone step up to the plate tonight. I feel it was a good team win, but that third set, mentally, we didn’t come ready to play.”

Coach Bowers said she feels the team needs work on positioning and more training for middles.

“We really need to work on our middles, transitioning, and getting smoother. We’re still not running good direct routes off the nets, I think we need to incorporate our middle more,” Bowers said. “Some of these girls have never played middle before. We need to work on how to run behind the setter. Hopefully we get the middles going this week.”

With Coach Bowers’ outlook on what can be improved and corrected,  she’s ready to put her team back to work and see them play.

Senior setter McKenna Nemecek said she feels the same as her coach in what her team lacked. She also sees what her team improved on from their previous Bellevue West tournament.

“I feel like I improved from Friday at the Bellevue West tournament. We just kind of perfected some stuff and played better defense. We put the ball away and we had better fundamentals,” Nemecek said. “I feel like we all came together as a team when were down. In those tough situations we didn’t just fall apart, we came back together even in the end when it was super close.”

Nemecek also mentioned her appreciation for a supportive home crowd and Red Shield.

“Red Shield has been doing a really good job getting to every single game. I think they do a good job of keeping us pumped up.”

Westside varsity volleyball will play an away against Gretna on Tuesday, September 10th.