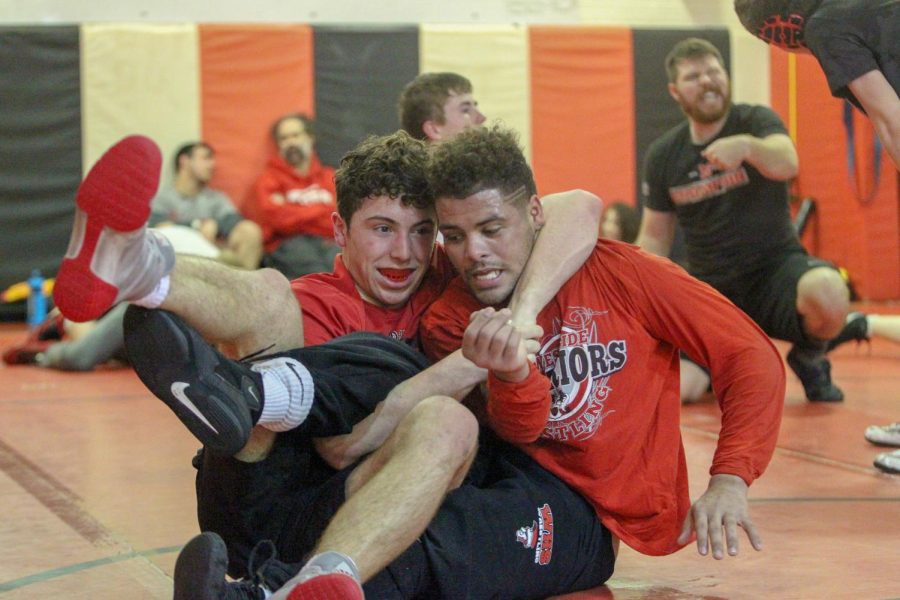 Senior Nolan "Deuce" Miller-Johnston (right) is preparing for the state tournament in the 160 pound weight class.

On February 9th, the varsity wrestling team traveled to Columbus, Nebraska, to compete in the NSAA District A3 tournament. Westside wrestling left with five people that will be advancing to State. The wrestlers that have made it to State are Cole Haberman, Cade Haberman, Michael Colling, Quincy Hogan and Nolan “Deuce” Miller-Johnston.

“As a team, we did pretty [well]. I think we wrestled pretty well and competed hard. As a team, we had several guys beat mentally ,which cost themselves. Overall, Westside did a great job,” Hogan said.

The wrestlers will be preparing for the state tournament which is right around the corner.

“Just keep believing in the process and working hard in the wrestling room. The rewards will come,” Hogan said.

The team is currently mentally and physically training and preparing for this event. The 2019 NSAA State Individual Wrestling Championships will be held at CHI Health Center Omaha beginning with the first two rounds on Thursday, February 14.